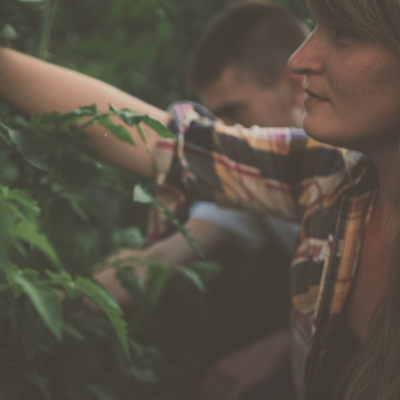 On the left is our biologically homegrown broccoli and on the right is store-bought usda organic. All that chlorophyll on the left floret is a symptom of the biologically diverse and abundant soil in which it was grown. Chlorophyll-rich foods are so deeply nourishing. Idk what the heck this anemic broccoli is the usda calls organic. 🤔

Broccoli has been a tricky crop for us to learn to grow, but oh my if it was not so worth it. @tickfoot @gardening ohhhhhh, that is satisfying. My fall broccoli is coming along nicely but I'm not sure it'll get all the way. Either way, I like your chlorophyll 😉 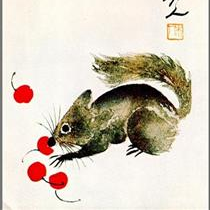 @tickfoot @gardening Wow, that's not even a comparison... I've never seen such a white broccoli in my life! Yours looks great though!
Will I be able to read more about this on your gemini capsule?

@megymagy @gardening yes, I am hoping to put a broccoli crop page up on gemini that details our experience.

@hausaffe @gardening The genetic potential in any plant is not guaranteed. There are many factors involved, but at the foundation of it all is the soil.

My point in the comparison is that the broccoli we grew is much higher in chlorophyll and thus much richer in nutrients for us. I'm disappointed that USDA organic broccoli has very little color and thus is less nutritionally beneficial overall.

@tickfoot @gardening
its cauliflower you probably also eat a lot of other vegetable wich Aren't green, and there is a lot of green stuff out there wich have no nutritional value for you and some might even harm you

@tickfoot this is Green Cauliflower not broccoli

I think you're right to focus on soil and nutrients, but I don't think it's quite as simple as looking at soil biodiversity (although of course biodiversity is important).

First of all, the two broccolis photographed definitely look like different varieties. Look at the difference in the shape of the influorescence. I do think they are both broccoli, though (not cauliflower).

There are some other factors in play as well, though....

One potentially important factor is that commercial broccoli is most likely grown in monoculture, which increases the susceptibility to both microbes and insects. One way that plants defend themselves from attack is by mobilizing valuable resources (including the nitrogen in chlorophyll) to move them out of threatened tissue and ensure that the plant can continue to invest them in further growth. Organic broccoli grown in field conditions is going to have particularly high risk of pest and pathogen exposure because the farmers will have fewer chemical tools for fighting off an attack. Broccoli grown at home has the advantage of being surrounded by only a few conspecific plants.

The other thing that occurs to me is that commercial agricultural operations need to carefully modulate inputs, including fertilizer. Too much fertilizer (whether from organic or inorganic sources), and those nutrients run off or go into weed growth and the financial investment in fertilizer is wasted. Too little, and the plants don't grow as well. Also, it's generally considered virtuous to "mine the soil" for nutrients, rather than to rely on external inputs, because excess fertilizer runs off into waterways and wreaks all kinds of ecological havoc.

In a home garden you're more likely to add excess compost and just let organic matter build up, and if this is a plot that isn't harvested annually, the nutrients are more likely to remain in the system, so that garden plants can sometimes flourish without soil amendments. But every time you harvest, you're removing nutrients from that bit of soil. You can't continue indefinitely without replacing those nutrients in some way (either by closing the loop with your own "waste" or by bringing in soil amendments from outside, e.g. purchased manure or compost).

Nitrogen can also be added by encouraging nitrogen-fixing bacteria (e.g. by planting legumes), but you still can't get something for nothing: a cover crop of clover or alfalfa might help nitrogen to build up in the soil, but if you plant legumes that get harvested (e.g. beans), the rule of thumb is that you can break even (the bacteria replace the nitrogen that you're harvesting as beans), but there's won't be enough nitrogen to keep other (non-leguminous) plants going season after season.

Nutrients other than nitrogen are not naturally replenished (or only form very slowly through weathering of rocks in the soil), so you still need a way to replace what gets taken at harvest.

Sorry that that got so long. I guess I have some things to say about plants O_O

Uh... to bring things back to the point you were making in your post, yeah, having healthy high-organic content soil with diverse soil ecology is really really important, partly because it helps the nutrients to stay in the system and not leach away into the groundwater, but there are limits to what that can do: if you start with biodiverse soil and harvest year after year for decades or centuries without putting anything back you'll eventually end up with depleted soil, no matter what you do.

Welcome!
Mastodon.green is for people in EU, USA and some neighbouring countries. This Mastodon homeserver is operated by Albin Social